For many of us, Atlanta is regarded as a business town. Nevertheless, the city is in no means a barren destination for the tourists. Yeah! I agree that there are no beaches to relax and no gothic cathedrals to meditate. However, there are attractive museums, parks, aquariums, zoos, and historic sites; it promises for a memorable holiday destination. Atlanta is an ideal destination for art and history lovers. I am about to share with you the Atlanta tourist attractions that I visited. 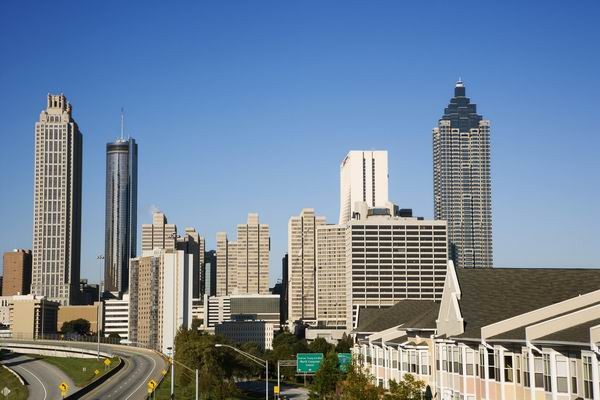 Among all the Atlanta tourist attractions, I first chose the brand new Georgia Aquarium in downtown Atlanta near to the Centennial Olympic Park. Considered as the largest indoor aquarium on the planet, it is the home of 8 million gallons of fresh and salt water within which over 1,00,000 fish and mammals reside from all over the globe. In the largest one, you can see whale sharks and other beings alongside the coral reef. Herein, the amazing attraction is the long tunnel famous as among the largest aquarium windows on Earth to view the whale sharks. The Centennial Olympic Park was where 1996 Olympics were held. Here, you can relax amid sculptures, the Fountain of Rings, and meandering paths.

Then, I visited Atlanta Cyclorama and Civil War Museum that is famous for its largest oil painting on Earth in form of the Battle of Atlanta of 1864 accompanied by storyline music, lights, art, and sound effects. This alone draws countless visitors. Do not miss to see the Rhett Butler of Clark Gable. Next, the Atlanta History Center encompassing signposted trails and gardens is where you are introduced to the tragic Civil War and the Civil Rights movement. Check out for the exhibits of the artistry of Southern needlework and handicrafts; memorabilia of Bobby Jones, the 1920s golfer; the Swan House; the 1928 classical mansion holding repetitive swan motif, and the Tullie Smith Farm of the 1840s.

The next site in my Atlanta tourist attractions list was the CNN Center where you can take an hour tour of the CNN efforts. Learn how newscasts are integrated and watch the genuine newsrooms. If you wish to become a newsreader, pay some extra to wear a newscaster’s jacket and record a bulletin. There is also a mall, a food court, bank, post office, and shops such as the Atlanta Braves store and the Turner Broadcasting store.

The Fernbank Museum of Natural History is another famous attraction wherein you are in a Great Hall skylight surrounded by a magnificent windows, a fossil-laid floor, and a giant dinosaur. Explore the fossils, plants, dinosaurs, and animals belonging to the prehistory and history of Georgia. Besides this, you can glare at the handicrafts exhibits including racial weaving, pottery, and jewelry from Asia.

The Fernbank Science Center takes you to a tour of stars with a real Apollo capsule, space memorabilia, and moon rocks. My dream was fulfilled here as I explored the galaxy via its telescope in the presence of an astronomer. It is among the largest planetariums in Atlanta. The Children’s Museum of Atlanta is simply worth visiting for your children with interactive displays. Enjoy each section with easy machines, a creativity zone for dancing, tree house for climbing, grocery store, kitchen, and TV casts.

One more museum worth visiting is the Jimmy Carter Library and Museum wherein you can discover the life and achievements of the former President Jimmy Carter. Not only this, but even the former presidents memories are here. Go through the matters of the Middle East Peace, the Panama Canal, the nuclear threat, and the Iran hostages. Do take a view of the Carter’s Nobel Prize for Peace, photographs, memorabilia, and gifts of state. Finally, stroll the beautiful garden and have a big view of the skyline too.

Lastly, I visited the Zoo Atlanta wherein the top draw is the two mammoth pandas that are from the Chengdu region of China. Recognized as among the most ancient zoos in America, it is the home of more than 250 animal species living in their natural surroundings. I could spot my favorites – gorillas, orangutans, tigers, lions, giraffes, and elephants.