Among the indispensable products available in the marine industry are the chartplotters and fishfinders. These pieces of equipment perform essential functions that ease marine navigation.

To know which device to opt for comes down to the functions it performs. Hence, some background information would do to create a distinction. 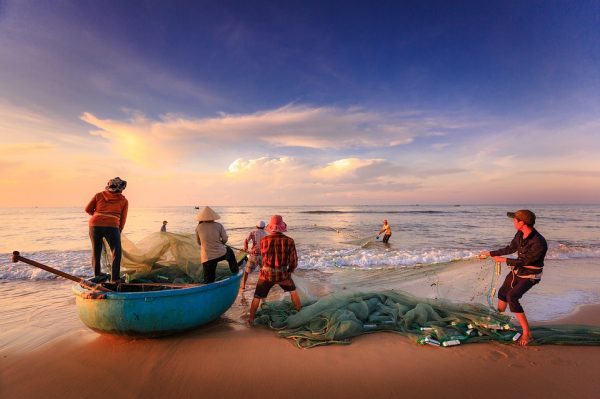 What is a chart plotter?

A chart plotter is an electronic device that displays information about the location of a ship, the speed at which it is moving, and where it is headed.

A chart plotter can display these navigational details by combining technologies such as the Global Positioning System (GPS), Automatic Identification System (AIS), and radar. All of these make the job of navigation easy, reducing the chances of mishaps.

What makes the chart plotter stand out among other navigation indicators is that it shows the exact position of a ship when it is in motion, and its data is not reliant on external connectivity to any satellite. In the event of a satellite disruption, a natural disaster like a hurricane or storm, the chart plotter would still function optimally. And this is because its system is integrated into that of the ship’s electrical system.

This integration into the ship’s system means a ship which has a chart plotter onboard cannot be stranded because of incorrect information.

What is a fishfinder?

A fishfinder is an electronic device used to track and locate fish in the water.

It uses the Sound Navigation and Ranging (SONAR) technology, first deployed in the 90s and since upgraded to its current status featuring GPS, an electronic compass, and a radar.

How does the fishfinder work? A transmitter on the ship is used to send signals in the waves; the SONAR technology of the device then uses the aspect of echoes to reflect the waves back to the transmitter and the findings are sent to the monitor.

If there is a presence of fish in the water, the fishfinder screen displays the location. But to be sure that the signals received don’t report anything other than fish, the echoes generated from the reflection of the waves are displayed differently.

The fish finder screen displays a symbol in the form of a fish and other symbols where there is no fish.

Which do I need?

To choose between a chart plotter and a fish finder, know what you intend to achieve. The following should give you some perspective:

If what you need is a device that can help you navigate your course, ease seafaring, monitor the movement and position of your boat, go for the chart plotter. With a chart plotter, you can preload routes useful for future voyages. This handy device doesn’t cost much and is easy to install.

If you are into fishing, getting a fishfinder is a great choice to make. The process of locating and catching fish the old way is daunting and doesn’t guarantee great results, but with the aid of this device, you can easily locate areas where fish are and make quite a catch. The SONAR technology has brought efficiency to the world of fishing.

It is best practice to have both devices onboard. Every boat should have a reliable system that monitors its movements and charts its course effectively. As for the fish finder, even though you may not be a fisherman, engaging in the activity for leisure is beneficial to your health. So keep that device around the corner.