A vast rectangular urban park with millions of visitors each year is the great Golden Gate Park of San Francisco. With its third rank in the list of most visited parks in U.S., I can tell you that the park is the beloved of the humans, birds, flowers, plants, and certain wild animals like dogs and frogs. This spectacular landmark starts from the Pacific shore to cover some 1017 acre of inland made since 1890s. When John McLaren, a Scot started with this project, he faced several challenges from sand dunes and winds, which was solved by building a natural wall surrounding the area.

Currently, there is a myriad of gardens and attractions all linked via wooded paths and paved roads. Due to this and in order to ensure a visit to all hidden attractions in Golden Gate Park, do take a map from McLaren Lodge and Park Headquarters at Stanyan and Fell streets for $3. 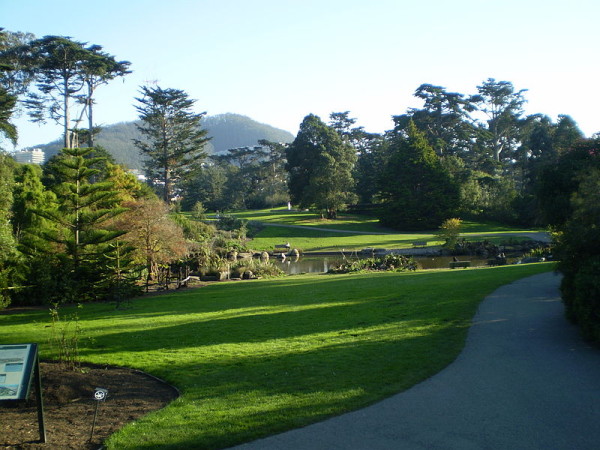 I entered from the Kezar Drive, a branch of the Fell Street and first went to see the Conservatory of Flowers of 1879, the most visited among all the attractions in Golden Gate Park. This Victorian glass structure is the oldest and one of the largest conservatories in the Western Hemisphere. After a massive restoration, it is now an advanced horticultural site holding more than 1,700 plant species. Look out for rare tropical flowers of the Congo and Philippines, the lowland tropics, aquatic plants, the largest Dracula orchid collection on Earth, and special exhibits. Ensure that you are for sometime and there are many paths to beautiful gardens. Do visit the Dahlia Garden to the right of the entrance packed with colorful Dr. Seuss-like flowers. The conservatory is closed on Mondays and has fees – $5 for adults; $3 for youth, seniors, and students with ID; $1.50 for children 5 to 11; and free for children 4 and for all on first Tuesday of the month.

Next, I was much interested to see the Japanese Tea Garden, the birthplace of the fortune cookie now full of cherry trees, shrubs, and bonsai interlaced by twisting paths and high-arched bridges. There are also meditation sites such as the huge bronze Buddha,

The Buddhist wooden pagoda, and the Drum Bridge whose reflection seems a circle in the waters. There is also a teahouse herein. The garden is open daily from November to February. This is the most ancient one among all the attractions in Golden Gate Park. 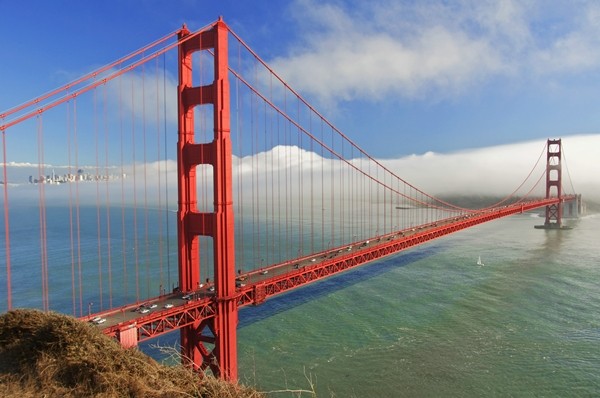 The California Academy of Sciences, among the largest natural history museums, is the holder of the Steinhart Aquarium and the Morrison Planetarium. Herein, you can also explore reptiles, amphibians, astronomy, prehistoric life, gems, minerals, and aquatic life.

The Strawberry Hill/Stow Lake was my next site in the plan where I rented a paddle boat to ride on the circular Stow Lake on whose shore there are painters painting, joggers jogging, ducks waddling, and turtles sunbathing. The Strawberry Hill is an island forming the highest point in the area that is a famous picnic spot with waterfall and peace pagoda. From here, do take the bird’s-eye view of San Francisco. Boating is only between 10 to 4 that costs $19 per hour for a four-passenger rowboat and $24 per hour for four-person paddle boats.

One more lake I could visit was the Spreckels Lake at the north near 36th Avenue where yachts sail comfortably. Several of these are the ‘free-sail’ ones that belong to the era before the radio controlled model was implemented. All of them are laid by their owners with cutting-edge equipments to survive in changing wind conditions. The lake holds a vertical edging so that the yachts could be as close as to the shore surrounded by a paved path. Close to grassland, duckling ramps are built so that the young beings can exit the pond safely.

Now, it was the turn of visiting those windmills that used to provide irrigation facilities using the underground water to the park. Out of these two, one is on the north facing the Pacific Ocean known with different names as the North Windmill and Dutch Windmill. The other one is the Murphy’s Windmill to the south, which is now under restoration.

My next visit was Strybing Arboretum & Botanical Gardens, the home of over 7000 plant species including ancient plants in ‘primitive garden’ and redwoods. The arboretum holds the Helen Crocker Russell Library, which is the California’s largest horticultural one. The admission is free.