London is the heart of England and the largest metropolitan area of the United Kingdom. The city is located on the bank of the river Thames with aspiring scenery all around. It is a leading global city with strengths in many fields such as the arts, education, commerce, entertainment, fashion, finance, and media and last but not the least tourism. It is one of the most visited places in the world with countless excitable tourists entering the city every day. There are many places that should not be missed when you visit London. The top five wonderful places are listed below:

British Museum: It is one of the world’s greatest and oldest museums, which was established in 1753. It is known for the two million years of human history hidden inside the museum. You will enter into a whole new world with the mesmerising objects such as the Rosetta stone, Parthenon sculptures and Egyptian mummies.

West End London: It is the central area of London that is highly visited by many of the tourists from all over the world. It is the centre of attraction with entertainment venues, shops and government buildings. There are many acts that take place in the theatres which can be watched by booking the theatre tickets. There are many long running shows that act in live every day and are praised by many viewers.

London Eye: The sights available from the London eye are unrivalled views of London. You enjoy the amusement and the feel of the ride to the fullest. It measures 135 meters in height with 32 capsules that carries nearly 10,000 visitors every day. It offers a 360 degree panoramic view of the city when you reach the top of the wheel making for a memorable moment in your life. 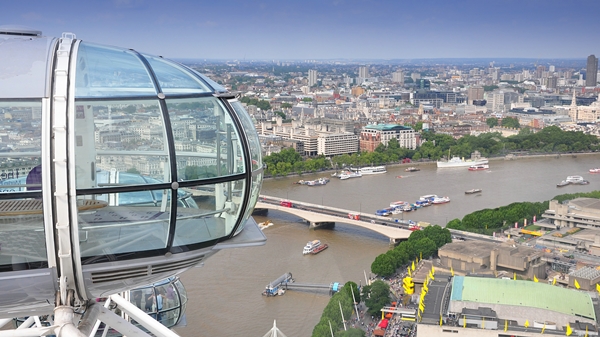 Madame Tussauds: It is a wax museum that combines the glitz and glamour with incredible history of more than 300 wax figures that act as replicas of top celebrities all over the world. The museum has now grown to become a major tourist attraction in London with an extended Planetarium in the west wing. The sleeping beauty is the oldest among all the figures on display.

Tower of London: It is a historic castle on the North bank of the river Thames in central London. Within the walls of the castle you discover the history of London Royalty, an armoury and powerful fortress. The wild and ancient beasts inhabited the tower throughout the history are worth having a look at.