Things have changed since the days of Columbus. For example, I got lost outside of Des Moines last year: I got yelled at by my wife, screamed at by my kids, beat up by a 12 year old on a dirt bike, and arrested for leaving a personal landmark behind an out of order outhouse at a rest area off route 46.

Christopher Columbus got lost looking for the Far East in 1492, sailed into Santo Domingo, the Dominican Republic, missing his target by thousands of miles. Instead of getting yelled at, Chris and his crew established what is now the oldest city in the New World.

Not only did the nautical misdirection provide fame and fortune for Columbus, ten generations of his family lived and governed on the island, including his son Diego, who became Santo Domingo’s first governor. For the Dominican Republic’s best beaches go to GuidetoCaribbean.

The smooth beaches and calm waters of nearby beaches attract scuba divers, swimmers, hot locals in bikinis, and guys who enjoy watching hot locals in bikinis. Two shipwrecks and colorful fish off La Caleta Beach provide unparalleled underwater sightseeing opportunities and some of the best Marco Polo in the world. 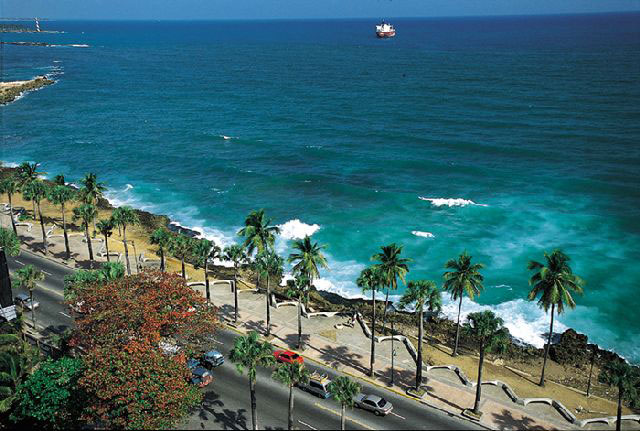 Santa Domingo houses the oldest cathedral in the New World, a 500 year-old house, a palace from the 16th century, the first monastery in the Americas, a lighthouse dedicated to Christopher Columbus, Botanical Gardens, four subterranean lakes, a National Aquarium, and chewed gum my daughter stuck under the toilet bowl at a public restroom.

Impress your friends and neighbors with information from various historical and cultural museums in Santo Domingo. Remember as your perusing Columbian era artifacts that it’s ok to visit museums on vacation even if doing so at home makes you a complete dork.

Those who don’t feel they’ve wasted away enough money at overpriced tourist shops and fancy restaurants can give it away at local casinos. As the money you set aside for Aunt Marianne’s Santo Domingo t-shirt gets raked in by the snooty baccarat dealer who’s suddenly forgotten English, remember it’s ok to gamble on vacation even if doing so at home makes you a degenerate.

Whether you’re looking for hip bars, quiet venues, or local hotties, there’s a bar or club for you in Santo Domingo. Modern lights, state of the art sound systems, and hot drunk tourists provide fun into the night and early morning. If you can’t find action in Santo Domingo, It’s not Santo Domingo’s fault. 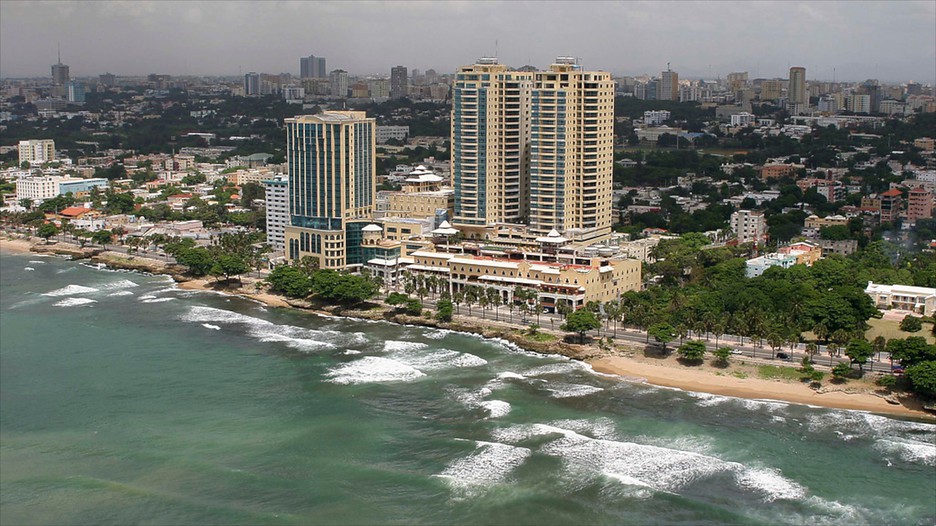 Most people enjoy eating while on vacation. Whether it’s seafood, Caribbean, international, Italian, or Spanish, Santo Domingo has the food for you. As you gorge yourself with local cuisine, remember it’s all right to eat like a pig when you’re on vacation even if doing so at home makes you a health risk and invites insults and ridicule.

Whether you want semiprecious amber, cigars, local arts and craft, high fashion, shoes, or active wear, Santo Domingo has a shop for you. Remember as you break out the plastic and rack up more credit card debt than you’ll be able to pay off in three lifetimes, that it’s ok to spend like Donald Trump when on vacation even if doing so at home makes you irresponsible and bankrupt.