You might have visited the Niagara Falls in the USA, but do take some effort to make for this southern Africa’s flashiest attraction where the adventure hunters will surely be delighted to explore the abundant fun-filled activities to face the plunge.

Victoria Falls, one of the seven natural wonders of the world, is where rainbows surround you as a loop, baboons go rowdy, and a small neck turn put you into amazement to have the complete view of the falls right from the risky top at 355 feet to its base. I and my friends explored all this from the Zambia side where the falls plunge along the frontier with Zimbabwe. Actually, Zimbabwe is a better side, but tourists favor the Zambian side due to political instability. 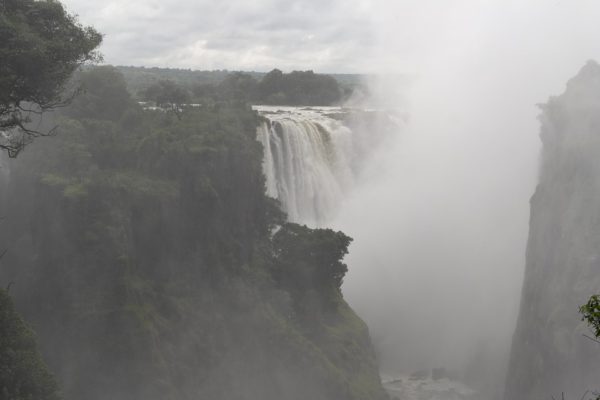 Without a guide, we along with other tourists along the way started our trip as per the signs shown right from the park gate. In no time, we started to experience the adventure with the paved routes hurting along the cliffs opposite the falls. Just after that, we spot a layer of dropping water unsettling our senses. On the way, we had to pass many bridges that also involved the terribly shaky Knife Edge that suspended all of us above the gorge. Some few hours later, we explored the Jollyboys Backpackers guesthouse in the close by Livingstone town. We actually had booked out stay with the Bushfront Lodge, where our cabin fantastically had a shower seeming as waterfall with stone walls. At a poolside restaurant, sandwiches were our source of energy. Further, we also joined a group for some local adventures of which the notable one was a safari in Botswana close by.

On the first day, we had seen falls only from the top. As it is said that the real fun is at the bottom, we went to explore that part the next morning. At the Boiling Point, the fall was very unsafe with 100 steps in a steep slimy hill alerting folks via its BEWARE OF FALLING ROCKS sign. At the base, we encountered a too cold stream and then hanged by the Zambezi River’s edge. From here, we were thrilled to have the breathtaking top-to-bottom view. Seriously, this was the most satisfying view without which our trip would have been incomplete.

If you come here in late summer, the river roars at the top, while the lower course is more visible due to less fog. And yes, one more benefit is that there are very few mosquitoes and other crawling creatures. But, you will also encounter a group of baboons in its each corner. So, the advice here is to avoid taking any food and to avoid eye contact with the creatures.

August is good, as it is the dry season, but there is no assurance that it will not rain. From September to December, your fun augments as you can dip in a natural pool at the edge of the falls, if you are very brave.

Fly to Johannesburg and then take a flight of British Airways or South African Airways to Livingstone International Airport in Zambia within 105 minutes. A round-trip flight would cost you minimum $1,400. If you want to stay in Zambia, arrange for visas through the zambiaembassy.org for $50. The admission fee at the Victoria Falls National Park is minimum $10.

The Bushfront Lodge is a good option in the park with 14 thatched cabins – all in a bush backdrop. I too stayed here. At night, listen to the trumpeting elephants for some entertainment. For doubles, the rate starts with $160.

The 2.5 hour Sundowner River Cruise for a minimum of $45 takes you on a tour of the flat upper Zambezi River. Check out for the playing hippos and elephants along the banks. How cool it would if you have to admire the 144 million galloons per minute of churn out from above? This is possible via a helicopter trip. Take up a flight for eight minutes to have an aerial view for $99 from the United Air Charter or go for the half an hour tour on  the gorge and over the fall’s edge. 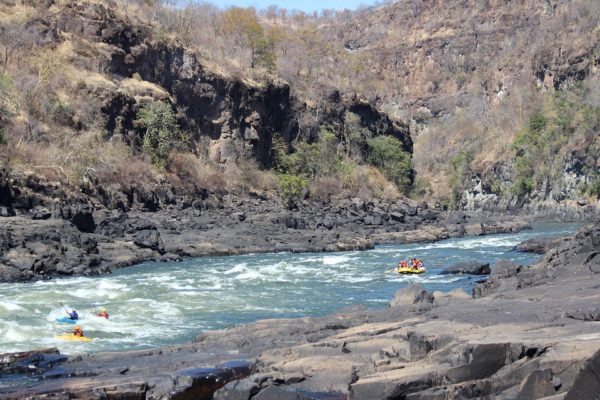 White-water rafting is the job of the courageous ones where navigating 15 miles of torrents on the Zambezi River are inevitable. It is ok even if you do not have experience, as guides are there. All this is possible for $145 for a full-day trip with meals.

A Falls Bungee Jump of 364 feet is among the most picturesque and striking falls starting from $110. This is even more elevated as compared to the Statue of Liberty. Check it out at the Shearwater Adventures.