All of the best draws in Nashville are divided between the downtown area and the Opryland towards its north. Certainly, one needs enough time in hand, more than couple of days, to explore enough valuable gems. The Nashville tourist attractions include interesting museums, visually striking centers, refreshing gardens, and music sites. All of them tell about the region’s art and culture flourishing in this modern era of technology and fashion. Besides this, there are rural attractions too for which you need a vehicle, while the central area is easily exposable on foot and other public mediums. Let me share with you the Nashville tourist attractions that I discovered on my tour.

Broadway was the first point on my target list of Nashville tourist attractions, which is also recommended as the starting spot for excursions. Here, I first went to the Visitor Information Centre housed in the great Gaylord Entertainment Centre that hosts concerts and sport events. At the visitor’s centre, pick up your pass of discounts to entry to many Nashville tourist attractions. Now, it was the turn of Ryman Auditorium here on the Broadway at the Fifth Avenue, which is a prominent site. It is the first home of the Grand Ole Opry where musical shows in the evening are the major draw. During the day, you can explore the mansion, be on the stage, and hear stories from the tour guides. People like Hank Williams, Patsy Cline, and young Elvis Presley have performed here. 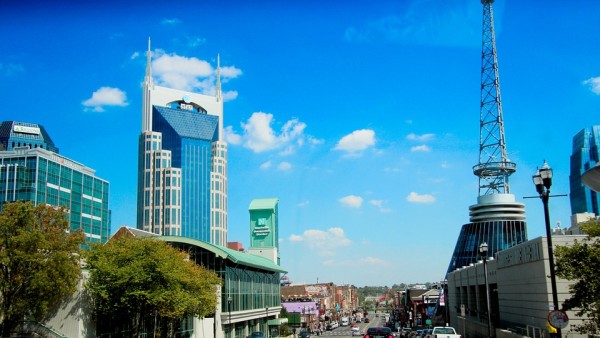 Then, I visited the Country Music Hall of Fame and Museum of 2001 on the fifth avenue. Herein, there is no guide to help you and that you have to take up a sequential trip for discovering the past of music in the region taking three hours amidst one million memorabilia ranging from Elvis Presley’s Gold Cadillac to Patsy Cline’s cowboy boots. Further, you will also encounter recordings from radio, television, and many vital interactivities. It is the largest music archive on the planet. In addition, the gold and platinum record adorn its walls, live music vibrates the atrium (Country Music Television CMT broadcasts), and a Ford Theater of 214 seats shows a digital film on music. Ah! I have still to add – a museum shop and a good restaurant.

In the Sixth Avenue is the Musicians Hall of Fame and Museum welcoming people since 2006 and is owned by the Joe Chambers, an ex-singer/composer. It ranks first to admire the studio musician. Inside, you can discover the artifacts and instruments that played an important role during famous recording sessions, a performance hall, working recording hall, and school of music where all ages learn.

Then, I headed towards the national gem, the Hermitage, the home of the America’s seventh president – Mr. Andrew Jackson. It is the most visited site here. Since 1804, some of the log cabins are still seen. The surroundings are adorned with the gardens, a museum, a gift shop, and a restaurant. The Nashville Shores Yacht Club & Marina at the Bell Road is a summer oasis (May to September) that is a water park on Percy Priest Lake offering boating, jet skiing, water slides, swimming pools, and mini-golf.

The Cheekwood is the holder of art and gardens located in the Forest Park Drive. Visit the three-storey Cheek Mansion of Georgian way of the 1930s and the art collection of local artists and American art and fine art of the 19th and 20th centuries. Stroll in the gardens that are really beautiful and hold a botanic hall and woodland sculpture trail. Seasonal classes and workshops, displays, auctions, and social events are organized here quite often.

The visually inspiring collection at the Tennessee State Museum reveals the legend of the region dating since its early prehistoric times until the early 20th century. The emphasis is on Andrew Jackson, Davy Crockett, and the Civil War. Apart from the historical arts and crafts items, permanent collection and temporary displays are also seen with an additional fee.

On the Fort Negley Boulevard, the Adventure Science Center is mainly for the young ones to experience the interactive exhibits and scientific displays. The main draw is the virtual flight over Nashville and a planetarium.

Moving towards the Centennial Park, the Parthenon has entitled the region as the ‘Athens of the south’. This copy of Greece’s most prominent structure of 1897 holds Nashville’s art museum. The main draw is the gilded replicated statue of the goddess Athena. Come here at night when it is lit and that you might be lucky to see some private events too. Really, it was successful in making me remind of the religious Greece.