Located on the banks of the Mississippi River, the city of Memphis has a comprehensive holiday attractions for you. The maximum and major Memphis attractions seek their shelter in the Downtown that is closest to river and best site to start with. Fortunately, all of them can be explored on foot. The other worth visiting attractions are quite scattered such that you have to take car to go on their tour.

You can explore the historic mansions, rich malls, shops, vibrant clubs, restaurants, monorail ride, museums, galleries, and parks. Each destination is alluring with its own charm and Memphis is no exception to it. So, this time, I thought of visiting Memphis attractions. 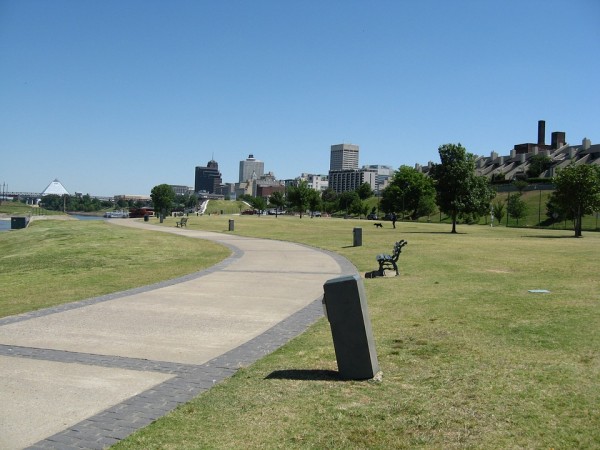 Among all the Memphis attractions, I first visited my favorite Mud Island River Park on the Mud Island easily seen from the monorail passing over it. The name indicates that it is formed due to mud and silt of the Mississippi River. Herein, you can explore a model of the Mississippi River where the water is shown flowing giving you the feel of the original river. Then, the other major draw for the tourists is the Mississippi River Museum, which offers you the history of the river since 10,000 years. Further, you can opt for a riverboat cruise, canoeing, biking, and pedal boating here. For guided tours and museum, charges are inevitable.

Coming back from the island, I was happy to spend some time on the banks of the Mississippi where parks of over five miles offer you some outdoor recreation. Then, I went on the Central Avenue to visit the Pink Palace Museum built in the 1920s by the pioneer of the Piggly Wiggly grocery chain, Clarence Saunders. After losing the destiny, the palace was given to the city for converting it into a museum. Its pink stone and marble built up gave it the current name. Regarded as a major landmark, the museum is the home to the collections related to local history, culture, medicine, music, natural history, and science. The major highlights here are a copy of the Saunders’ first Piggly Wiggly supermarket, a planetarium, and 3D IMAX theater. There are also several educational shows for children here.

On the Mulberry Street, the National Civil Rights Museum is another worthy gallery that deserves your attention. Located in the previously called as the Lorraine Motel, the museum is on the spot where Dr. Martin Luther King was assassinated in 1968. In the museum, you can get educated on the civil rights movement in America and slavery past. The main attraction is Dr. King’s motel room that is still in the same manner as it was when the hero was shooted. Besides these ones, many tableaux await your admiration. One of them is the illustration of Rosa Parks’ negative response to allow a white man to be seated on her seat that led to protests.

Now, it was the turn of the Beale Street – the musical venue in the city for black music and culture. It was here that the Memphis Blues was born by W C Handy and so in his honor, you can explore his former house and now a museum called the W C Handy House Museum. The gallery is full of photographs, memorabilia, and a few original sheet music.

So, it is certainly worth visiting for everyone, but specially for the music lovers for hearing live music. Do not miss a trip to the oldest shop in the city, A Schwab, a general store offering all items right from men’s trousers to voodoo mixtures.

Then, we went to the Sun Studio at the Union Avenue. This is the homeland of Rock ‘n’ Roll where Elvis Presley did his first recording. Retaining its original look of the 1950s, the small recording studio holds musical memorabilia including a microphone used by Elvis. Speaking about its today, it is yet functioning and has witnessed the recordings of artists such as Billy Bob Thornton, the Judds, Maroon 5, and Vertical Horizon. There is also a Sun Studio cafe and an ancient fountain where you can taste sodas and milkshakes.

Now, it was the turn of the home of Elvis Presley, Graceland. This is the No. 1 attraction of the city located 10 miles away. Explore the Elvis mansion with its wonderful jungle room and the floor and ceiling carpets made by Elvis. Go to the Meditation Garden to revere the grave of Elvis, which is forever adorned with bouquets and garlands from his fans from all across the globe. Do not miss the Graceland Plaza near the mansion where you can explore a myriad of collections revealing the different aspects of Elvis life. Look for the famous Automobile Museum holding his popular pink Cadillac.

Next, I visited the Full Gospel Tabernacle Church on a Sunday to hear the preaching of the Reverend Al Green with loud music. The congregation dance in the aisles is worth observing, but do so with full respect. Lastly, the Peabody Ducks scene is quite unusual in the Peabody’s hotel. In the morning, a group of five ducks comes into the fountain in the lobby due to the sounds of John Philip Sousa’s King Cotton March. This parade is then inversed in the evening and the ducks go back to their rooftop home.