Honolulu is the largest and most lively city that is full of tourist sights, activities, and attractions with some mix of culture and history. Do you remember the Pearl Harbor? It is certainly here and is now the most famous tourist historic site. The world wide renowned Waikiki Beach is always ready to make you feel relax along with a couple of other beaches. In fact, the Honolulu attractions introduce you to the present blooming state of the region and they are so famous that visitors come from across the globe to Hawaii only for them.

I will share with you my Honolulu attractions that I visited. 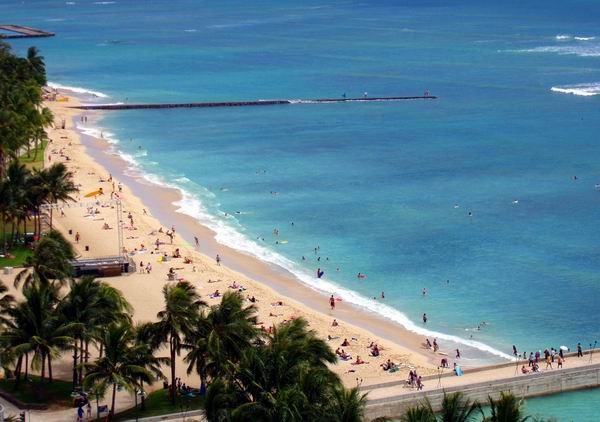 I started exploring the Honolulu attractions by first visiting the Aloha Tower Marketplace on the Honolulu Harbor. It is quite famous shopping site, which is full of shops offering clothing, jewelry, and art. The most exciting activity here is to take a spectacular view of the harbor from the Aloha Tower observation deck. You can try out some delicious dishes at the restaurants here. I had chosen first shopping so that I can then go for all sightseeing and activities as the following exhaustion would no leave me fresh for shopping.

I headed towards the Honolulu Zoo at Waikiki that is an ideal one housing different animals who can stroll liberally in their habitats of African Savanna. There is also the Kipuka Nene sanctuary (state bird) and twilight tours to visit night-time animals. Now, I turned towards the Waikiki Beach that starts from the Hilton Hawaiian Village in the west to Kapiolani Park and Diamond Head in the east. Known as an essence of Hawaii, the beach is the best relaxation place with its vast white sand flanked by a myriad of hotels and great surf. The sand is soft and tidy with warm waters making it wet every time. If you are unwilling to swim, you can still go ahead to get some warm waters on your toes in its shallow coast protected by many lifeguards. Do not forget your sunscreen please. 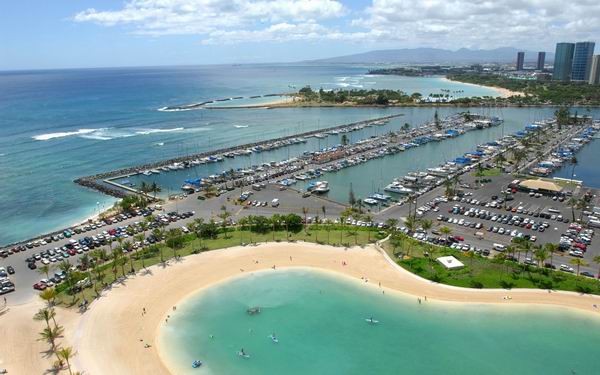 Next, the second most visited beaches are Kahaloa and Ulukou in front of the Royal Hawaiian Hotel. Here, you can have good swimming and other sea-side activities. But, surfing is among the most demanding ones with canoes and catamarans on hire. The hotel is among the landmarks of the Waikiki Beach and is entitled as the ‘Pink Palace of the Pacific’. Do have some views of the ocean from here, which are really spectacular. Then, I explored the Hanauma Bay Nature Preserve at Hanauma Bay Road where I swam among the exotic fish in a beautiful coral reef habitat. It is closed on Tuesdays and takes only half an hour from Waikiki via the city bus or taxi. Next, the Honolulu Academy of Arts in the downtown is quite amazing with its collection including a Monet and a Whistler. In addition, there are the James Michener Collection of Japanese ukiyo-e woodblock prints. The place is also suggested for lunch and is reachable from Waikiki.

Now, it was the turn of the Iolani Palace on the King and Richard Streets, which is a magnificent 19th century palace in downtown. Erected by King Kalakaua, it is now restored and holds a lavish and decorated interior with European furniture. Come here on Fridays when you can attend the show of the Royal Hawaiian Band in the Kalakaua Cornonation Bandstand. Please note that there is no entry for children under 5 here and it is only opened until 2 in the afternoon.

I also visited the Pearl Harbor in the Pacific, which is the focal centre of the U.S. Navy Pacific Fleet’s operation. You might often see some ships passing by even from the base due to flat feature. For a great overview, sit at a window on the right side of an airliner to Honolulu International. The next attraction here is the USS Arizona Memorial at the Arizona Memorial wherein a battleship was damaged during the Japanese attacks in 1941 killing over 1000 crew members. You will not be allowed to take any bags or items that require concealment. From here, just close by, a shuttle bus is available for the new Pacific Aviation Museum on Ford Island exhibiting Japanese and American military aircraft and stories of World War II. The fee is $14 for adults.