My this time vacation destination was the famous European city of Barcelona in Spain. I had only heard about it in history books, but was never ever ardent to visit it. Thanks to my uncle and aunt who visited the place last year and recommended me and my family this time to tour this promising destination. When they started describing to me as to what Barcelona tourist attractions they explored, I became keen to visit those too. They talked to me about beaches, zoos, museums, parks, and streets and that I also planned to visit these alluring Barcelona tourist attractions.

On my trip, I first visited the Sagrada Familia by Antonio Gaudi at Calle Mallorca, which is a Giant Temple made by the architect Antonio Gaudi. However, this is still under construction and so many people give different reactions to it. For me, at this stage, it was awesome from the point of view architecture! Admission charge is 11 Euros. Another marvel of his work is what was once known as Casa Mila in Provenca. However, it is now called La Pedrera meaning ‘a quarry’. Gaudi’s this architectural masterpiece features crimped brick work and colorful tiles. The entry fee here is 9.5 Euros.

Now, I headed towards the Barcelona Zoo in the Parc de la Ciutadella, which is the home of 7000 animal species. I recommend coming here by reaching the Ciutadella Park and then look up for signs to the Zoo via walking. The major attraction here is Snowflake, the only albino gorilla in custody along with lions, tigers, tropical birds, insects, spiders, and even dolphins. Further, you can also find a restaurant, picnic area, a shop, electric cars, ponies and a mini-train.

Among all the Barcelona tourist attractions, the La Rambla is the most visited one and perhaps the area of many hotels to be throng by the visitors. It is a lengthy avenue connecting the Monument a Colom (Columbus monument) by the port to Placa de Catalunya. Just be atop this monument for magnificent views of the area and the harbor. The boulevard is full of varied buskers, mime artists, and stalls vending flowers, newspapers, and birds. Do visit the Palau de la Virreina, a majestic 18th century house near the Boqueria market. This market is among the continent’s great food markets. If you go towards south further, the Opera house stands beyond which the street moves towards the sea.

Then, I visited the lively Port Vell at the base of La Rambla after the Columbus Monument.

Originally, it was an old port, but now is a mega entertainment section full of restaurants, shopping arcades, the Barcelona Aquarium, and an IMAX cinema. What is more exciting here is to go for a boat ride on one of the ‘golondrinas’ to go around the harbor and reaching Port Olímpic where the sailing contests of 1992 Olympic Games were held.

Next, I visited the Picasso Museum at Montcada wherein you can explore the Picasso’s paintings in chronological order. Everything right from his old to final works is seen here.

This is quite famous art gallery with an admission of 9 Euros. One more museum I visited was the Miro’s Museum displaying a vast collection of Miró’s work since 1914. Besides his paintings, you can also see a good range of sculptures, tapestries, and early sketches. 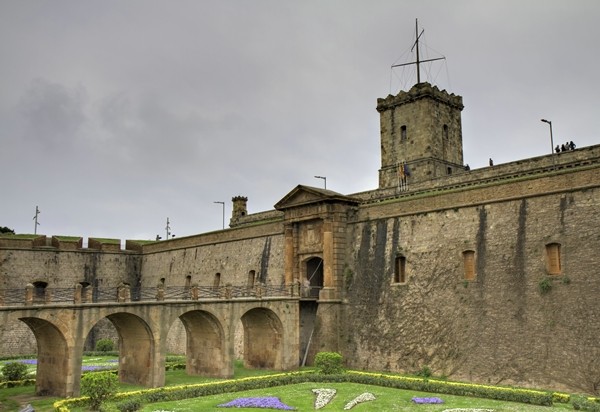 One more favorite site of mine was the Magic Fountain of Montjuic, which is just not worth missing – it is a light, music, and water show at night at different timings. A visit to the L’Aquàrium was also quite exciting for it is a home of sea beings in a strange transparent building accessible from the Drassanes station. You will come across a varied group of marine life from across the globe such as sharks, fishes, and whales. There is also a play area for children.

I also explored the Platja de Sant Sebastià that is the nearest beach from La Barceloneta. The beach is quite refreshing with its swaying palm trees, lifeguard services, playing children, and showers.

Above all, walkways are the best way to explore the city. So, I strolled on The Moll de la Fusta – a long wooden walkway along the Passeig de Colom shorefront. This is a true experience of a walk by the sea. With comfortable benches, you can sit down to enjoy some views. It is near from the stations of Barceloneta and Drassanes. Lastly, I went on to the two squares namely, Plaça del Pi and Plaça Sant Josep Oriol in the Gothic Quarter of Barcelona. They have many historical stories to tell amid their live atmosphere. Also, there are many good cafés, art and food markets, street performers, and musicians. These are reachable from the stations of Liceu and Catalunya.

At La Rambla, be alert from pick pocketers and bag snatchers.