A fun-packed family experience for lifetime rather than mere a holiday destination is what I would describe a tour of the Baltimore city. Yes, this quite true as it is my own memories that have encouraged me to state this! A city that has proved its ability to attract more than 10 million visitors of all ages annually really deserves a visit! Most of the major Baltimore attractions are around its most appealing gem, the Inner Harbor that is a picturesque waterfront. You can come across the street entertainers, open-air concerts, fireworks, ethnic restaurants, historic sites, parades, paddle boats, cruise boats, and outdoor ice skating. Well, but there are many welcoming Baltimore attractions besides the harbor. So, I am sharing with you my visit. 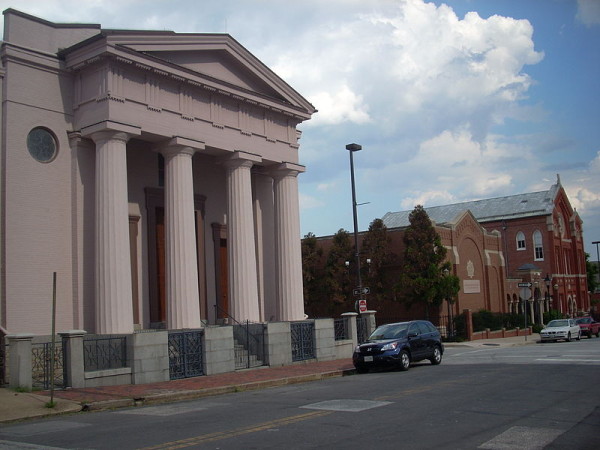 The B&O Railroad Museum in the Mount Clare Station preserves the American railroading heritage with 200 pieces of equipments related to the Ohio Railroad, Chesapeake and Ohio Railway, Western Maryland Railway, and mid-Atlantic regional railroads. The station is the oldest railroad depot in the western hemisphere and birthplace of the B&O. Then, the Baltimore Museum of Art is Maryland’s largest art museum exhibiting an amazing array of everything from old mosaics to modern art along with temporary collections, sculpture gardens, an eclectic museum shop, and a picturesque restaurant. The entrance fee has now been made to nil.

The Basilica of the National Shrine of the Assumption of the Blessed Virgin Mary on the Cathedral Street is an early 19th century religious structure that was the first Roman Catholic cathedral in America after the adoption of the U.S. Constitution. This National Historic Landmark and National Shrine is worth a visit. Now, we visited the Bromo Seltzer Arts Tower, a major one among the Baltimore attractions and landmarks since 1911. It is now a zone for visual and literary artists. Located at the Calvert Street is the CENTERSTAGE that is among the top 10 regional theaters in the nation and one of the major Baltimore attractions. Regarded as the State Theater of Maryland, it hosts many different domestic plays ranging from Shakespeare to August Wilson and Sondheim to Shaw. 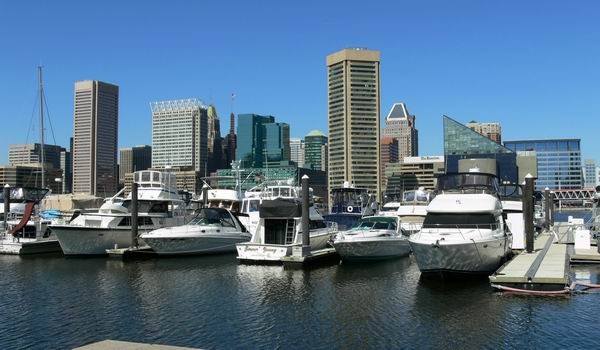 Next, the American Visionary Art Museum is the national museum and education center in the Inner Harbor that exhibits the unmatchable original art works of self-trained artists. There are some 10 art galleries, outdoor wildflower sculpture gardens, and a museum store. Take some pleasure in the town’s Boating Event in the Inner Harbor. It is the largest and longest-running recreational event making you encounter with over 500 luxury yachts, sport fishing boats, private watercraft, sailboats, equipments, accessories, engines, and daily family entertainment. In the Baltimore Museum of Industry, check out for the remodeled workshops, historical past of the industry, 1906 Steam Tug Baltimore, and practical activities for kids. The museum is a national historic landmark and is purely for a family visit.

The Maryland Science Centre at the Inner Harbor is a major tourist attraction. It is the home to three various levels of interactive exhibits, an IMAX theatre, Planetarium, and a Demos Stage for live science show. I also visited the popular National Aquarium that offers amazing displays of over 11,000 aquatic animals and Animal Planet Australia. For a privileged entry, do take tickets from its Web site – www.aqua.org. For some breathtaking views, just reach the Top of the World Observation Level of the World Trade Centre.

Another highlight in the town is the Maryland Zoo wherein you can spend time in meeting 2,000 exotic mammals, birds, and reptiles. Do even visit the Mother Seton House & Historic Seminary Chapel – a Federal-style mansion of the first Catholic saint born in America, St. Elizabeth Ann Seton, and the historic chapel of first Catholic seminary. Located on the North Avenue is the National Great Blacks in Wax Museum. It is the first wax museum of African American history in the continent and offers over 100 wax figures.

Situated in the Greenspring Avenue, the Cylburn Arboretum is a public garden and natural preserve holding over three miles of nature tracks via a forest, an artificial wetland area, and a historic building. Now, it was the time to explore the Evergreen Museum and Library – a glorious Gilded Age mansion that exhibits excellent collections – Tiffany art glass, post-impressionist paintings, and Asian decorative arts. The Frederick Douglass-Isaac Myers Maritime Park Museum on the Thames Street is one more engaging African American heritage museum. You can explore the history of Frederick Douglass, Isaac Myers, and the first black-owned shipyard in the continent. Further, there are interactive exhibits and boat building activities too.

Do not miss the Heritage Walk that is a 3.2 mile trail along which you are introduced to the four mesmerizing centuries of the nation’s history. You pass through some 20 historic sites and museums across the Inner Harbor, Little Italy, Historic Jonestown, and City Center.